'Striving to be 'CHRIST in the World'

The Catholic parish of
St George & the English Martyrs

A Short History
St. George’s Parish has grown from small beginnings when, in 1832, the Army Authorities requested the spiritual needs be met of Catholic soldiers quartered in tents in ‘Campfields’. In response, Fr. George Last was appointed Chaplain to Lord Petre at Ingatestone Hall, Chelmsford Gaol and the far-flung Garrison at Shoeburyness. He trekked on horseback from Chelmsford, to rest overnight at Bournes Green. Next day, he celebrated Holy Mass, instructed the children of the troops and local families, and then returned to Chelmsford. After 30 years, Father Last was succeeded in 1862 by Fr. John Moore, who tended Southend and Shoeburyness Catholics. His accommodation contained a small chapel, in Prittlewell Square, Southend. Each Sunday morning, after hearing Confessions and giving Holy Communion, Fr. Moore walked four miles to celebrate the 9.00am Mass at the Garrison Gymnasium. On his return, he would celebrate Mass in Southend, at 11.30am. Eventually, the Army Authority met his transport needs.

The first church dedicated to St. George and the English Martyrs was constructed in 1891. The Army Authority supplied a small square corrugated iron and wooden structure erected where the Parish garage stands. Some current parishioners were baptised in that small ‘tin’ church. By 1908, the Shoeburyness Catholic population had grown large enough to warrant its own Parish Priest, namely Father Frederick Ingle. A Transept was added to the church, which acted as a sacristy. The Parish Hall, another galvanised iron and wooden structure, appeared in 1920. After his appointment in 1924, Fr. William Toft undertook the building of St Gregory’s Chapel of Ease in Thorpe Bay and the Presbytery, both completed in 1928. The Tolhurst family, who were parishioners at that time, generously entrusted the land needed for St. Gregory’s and, 35 years later, for St Edmund’s, to the parish.

The present St. George’s Church was completed by 1938. Before he moved to Our Lady of Lourdes, Leigh on Sea, in 1952, Fr Toft had cleared the entire Parish building debt. St. Edmund’s, Gt. Wakering, was built in 1963 due, in large part, to the heroic efforts of Mrs Collins and her late husband. Together, they collected the required 25 names of Catholics living in the village, and then persevered tirelessly to raise funds. The church was dedicated in memory of the priests of the Society of St. Edmund, Stock, who served Wakering for many years. Since Fr Last’s first visit on horseback, a journey from Chelmsford taking slightly longer than today, our Parish has continued to flourish. Each succeeding Parish Priest builds upon the vision of his predecessor. Our Parish community supports each one in turn with loving, appreciative prayers.

Archivist
Our current archivist is Mr Tony Shead.
He is in the process of collecting and collating; photos, diaries, articles and stories relating to the history of the parish. If you have anything of interest please contact Tony, who will be delighted to hear from you. Please contact him via the Office: Tel: 292726 or Email the Office: stgeorgesrcchurch@outlook.com 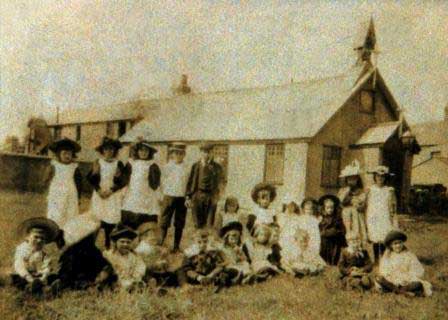 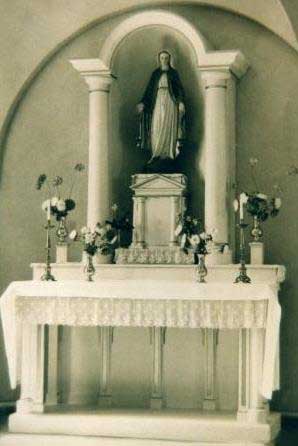 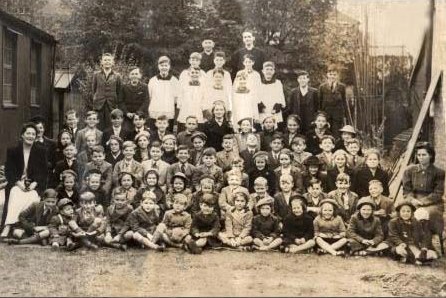 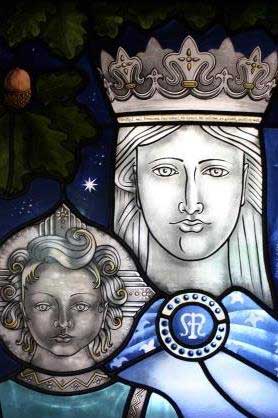 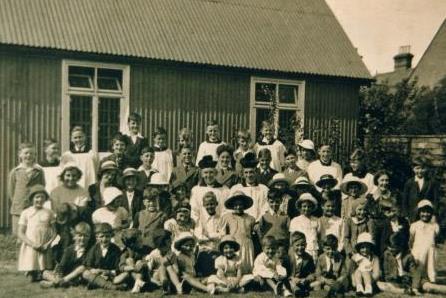 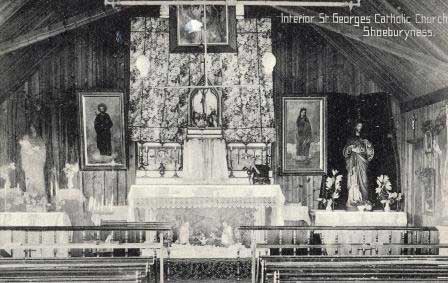 Inside the original 'Tin Hut' Church
7/13 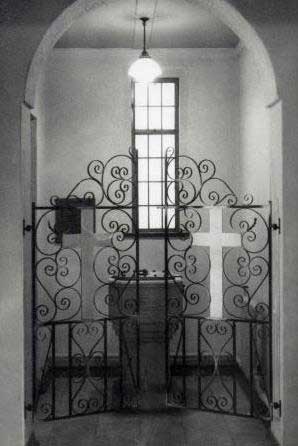 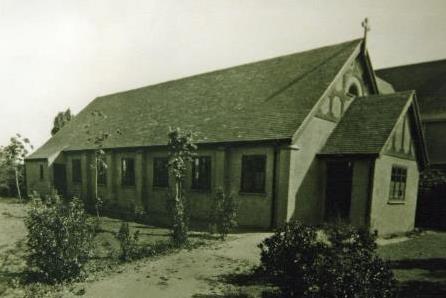 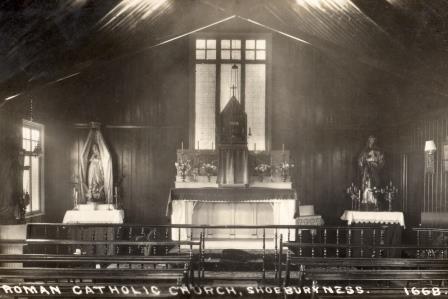 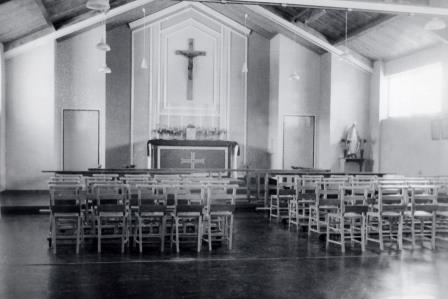 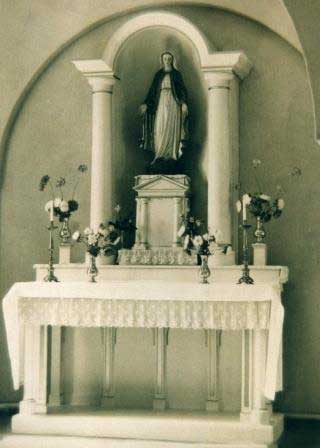